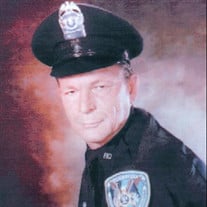 Roy Todd of Avondale, LA passed away on November 22, 2017 at the age of 89. He was a retired Jefferson Parish Police Office and a member of the Fraternal Order of Police Lodge #12. He was preceded in death by his parents, Earl Todd, Sr. and... View Obituary & Service Information

The family of Roy Arlo Todd created this Life Tributes page to make it easy to share your memories.