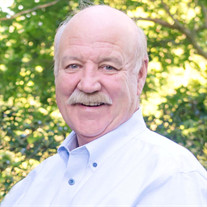 Raymond Philip “Phil” Calvo, Jr. went home to be with his Heavenly Father on September 29, 2017 with his loving family by his side. He was 63 years old. Phil was an amazing husband to Barbara Calvo for 38 years, a wonderful father to his three children: Suzanne Giacontiere, Patrick Calvo (Stephanie) and Michael Calvo, and the world’s best “Grumps” to his four grandchildren: Peyton, Caroline, Claire and Connor. He is also survived by his three brothers, two sisters and a host of extended family and friends. Phil is preceded in death by his parents Raymond and Ellen Calvo. Phil grew up in Harahan, Louisiana and resided in River Ridge, Louisiana. He attended John Curtis Christian School and went on to receive his degree from Southeastern Louisiana University. There he was an avid member of the rugby team and his beloved Chi Delta Tau fraternity. In 1987, he opened his family-run business, Eagle Industries of Louisiana, Inc., of which he was a leader and pioneer in his industry. Eagle was not just his business, it was his passion. Through his business, he was able to travel the world and make so many lifelong friends. Over the years, Phil was an active board member for the Society of Protective Coatings and a member of the St. Matthew the Apostle and Cabrini High School Dad’s Clubs. Phil was also an active member of St. Matthew’s Knights of Columbus. Phil was a generous, loving, giving, kind person that just wanted to make sure that everyone was having a great time! Only the best! Relatives and friends are invited to attend a Memorial Mass at St. Matthew the Apostle Catholic Church, 10021 Jefferson Highway, River Ridge, Louisiana, 70123 on Saturday, October 7, 2017 at 1:30 p.m. Visitation will begin at the church at 10:30 a.m. Interment will take place at a later date. In lieu of flowers, the family would appreciate a donation in Phil’s honor to Tulane Medical School, Pulmonary Fibrosis Research, 1430 Tulane Avenue, Suite 8509, New Orleans, Louisiana, 70112. Arrangements by L. A. Muhleisen & Son Funeral Home.

Raymond Philip &#8220;Phil&#8221; Calvo, Jr. went home to be with his Heavenly Father on September 29, 2017 with his loving family by his side. He was 63 years old. Phil was an amazing husband to Barbara Calvo for 38 years, a wonderful father... View Obituary & Service Information

The family of Raymond Philip "Phil" Calvo, Jr. created this Life Tributes page to make it easy to share your memories.

Raymond Philip “Phil” Calvo, Jr. went home to be with his Heavenly...