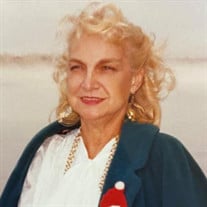 Myrl Frank St. Germain, 88, at Inspired Living in Kenner, July 28, 2021. Born September 17, 1932 in New Orleans, daughter of Teresa Pareti Frank (d. 1991) and August Frank Jr (d. 1971). Predeceased by her husband, Jules Francois St. Germain (d. 1989), siblings, August (Buddy) Frank III (d. 1997), Lawrence (Larry) J. Frank (d. 2006), Darcelle Ann Frank (d. 1997); children Jules St. Germain Jr. (d. 1981) and André Paul St. Germain (d. 2005); grandchildren Patric Swafford Jr. (d. 1993), Stephen Anthony Arceneaux III (d. 2012) and Gray St. Germain Gideon (d. 2014). She is survived by three children, Sheryl Ann St. Germain, Holly Aimeé Tallent, and Tanya Marie Arceneaux; seven grandchildren, Debby Swafford Struempler, Brandy Lynn Pearl Kuehler, Toni Tallent Hughes, Amber Marie Duhon, Cody, Justin and Blake St. Germain; thirteen great grandchildren, Patrick, Dakota, Cody, Trisha and Danny Ash, Janey Struempler, Preston Gayle Pearl, Tehya Celeste Gifford, Karissa Garcia, Kai Eugene Hughes, Addilyn Aimeé Hughes, Jolene Duhon, Hendrix André St. Germain; two cousins, Floyd and Lloyd Gardache; one nephew, Kerry Joseph Frank, and two nieces, Beth Frank Sekinger and Laurie Frank Raspino. Myrl attended Holy Angels Academy in New Orleans and married Jules St. Germain May 23, 1953. They moved to Kenner in 1959, and she lived in the house they bought there, on Williams Blvd., for over 60 years. She cared for her five children and sometimes worked as a secretary. She grew a huge pecan tree in her back yard, and often gifted visitors with baskets of pecans. She loved flowers, and for many years had hydrangea, canna and plumbago growing on the sides of the family home. She had a creative spirit, and throughout most of her life embroidered and crocheted, making original and comforting afghans and other gifts for her children. She also had a deep love of books and music, and had wildly diverse and sophisticated collections of both, which filled her home. A wonderful cook, her gumbo, crab salad and veal piccata delighted her family. She created lasting memories each year for Christmas, hosting a Christmas Eve party with artichoke balls, garlic dip, meatballs, pecan-stuffed dates and a strong coconut-pineapple alcoholic drink called Hammer. Children played piano, presents were exchanged, and a wonderful time was had, all organized by Myrl. A strong woman, she survived more tragedies than anyone deserves: the tragic deaths of her husband, two siblings, two young sons and two grandsons. She loved to write letters, and kept journals for almost fifty years in which she recorded her daily life as well as her hopes, dreams and disappointments. In her later years she travelled, often with her friend, Marie, and enjoyed the Gulf Shores as well as a trip to Greece. Her friends Brenda and Arnie were very important to her and looked after her when she began to fail. She loved this sonnet by Rainer Maria Rilke, and read it every year when her hydrangeas bloomed. May she no longer feel “a small life’s shortness,” but the celestial blue—her favorite color—that rejoices in a new journey. Blue Hydrangea These leaves are like the last green in the paint pots—dried up, dull, and rough, behind the flowered umbels whose blue is not their own, only mirrored from far away. In their mirror it is vague and tear-stained, as if deep down they wished to lose it; and as with blue writing paper there is yellow in them, violet and gray; washed out as on a child’s pinafore, no longer worn things, which nothing can befall: how one feels a small life’s shortness. But suddenly the blue seems to revive in one of the umbels, and one sees a touching blue’s rejoicing in green. New Poems: Revised Bilingual Edition. Rainer Marie Rilke, Tr. Edward Snow No memorial service is planned at this time. There will be a small family gathering to scatter her ashes at Lake Pontchartrain. In lieu of flowers, donations may be made to Jefferson Parish Library. http://friendsofjeffersonlibrary.org Arrangements by L. A. Muhleisen & Son Funeral Home. To share memories or condolences, please visit www.muhleisen.com

The family of Myrl Frank St. Germain created this Life Tributes page to make it easy to share your memories.