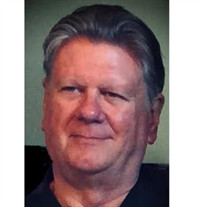 On November 20, 2020, Michael George James, 71, of Metairie, Louisiana went to be with the Lord with his wife, Melanie, of 39 years by his side. Mike was born on February 16, 1949 in Fukuoaka, Japan to retired Army Major George R. James and Dorothy Iman James. He comes from an extraordinary family, as the James’ are direct descendants of the pilgrims who arrived on the Mayflower and the Imans are descendants of the pioneers who arrived in the Oregon Territories by wagon train in the mid 1800’s. Mike was a young boy when his family left Japan and settled in Washington state, where he had an exciting childhood that ignited in him a passion for adventure. He achieved the rank of Eagle Scout as a teenager and began a remarkable career in deep sea diving in his early 20’s, with his first job performing salvage work in Egypt as part of the Suez Canal Clearance project. In 1981, he married Melanie (Melito), who shared his love for life, travel, and adventure. After 20 years of deep sea diving, Mike and his closest friend, a fellow diver, founded a successful maritime business, Magellan Marine International, in 1993. Mike was truly a man of many talents and interests. He lived life to the fullest, had unlimited energy, and never missed an opportunity to explore new places or ideas. An outstanding individual, he was charismatic, extraordinarily generous, loyal, and most of all, authentic. One of a kind, loved by all who knew him, Mike’s zest for life, enthusiasm, willingness to help anyone anytime, and compassion he had for all in need was without equal. A 21st Century “Renaissance Man” who embodied the characteristics of knowledge and goodness, he challenged others to think for themselves and form their own opinions. Above all, Mike’s spirit is best described by Romans 12:10, “Be devoted to one another in brotherly love, esteeming one another in honor.” Mike is survived by his wife, Melanie. He is also survived by his brother, Randy James; nephew, Miles James and his daughter Phoebe; his in-laws, Larry, Paula (Jimmy), Michael (Mary), and Gina (Juan); and numerous nieces and nephews. His entire family adored and highly respected him The family will hold a private memorial in celebration of his life. Arrangements by L. A. Muhleisen & Son Funeral Home. To share memories or condolences, please visit www.muhleisen.com

On November 20, 2020, Michael George James, 71, of Metairie, Louisiana went to be with the Lord with his wife, Melanie, of 39 years by his side. Mike was born on February 16, 1949 in Fukuoaka, Japan to retired Army Major George R. James... View Obituary & Service Information

The family of Michael George James created this Life Tributes page to make it easy to share your memories.