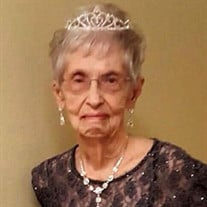 Maryann Catherine Crossley Coco, 94, a longtime resident of New Orleans, died Thursday, Dec. 24, after a period of declining health. Born Jan. 24, 1926 in Chicago to Ann Catherine Hartung Crossley and Elijah Rockhold Crossley, M.D., she was preceded in death by her parents; her daughter, Sandra Ann Coco Simmons; her son, John F. Coco; her stepdaughter, Margaret Elizabeth Coco Powers; her forever husband, Numa F. Coco, Jr., and her loving companion, Donald Martin Serex. She is survived by her stepdaughter, Martha Jeannette (Jeanie) Coco Friant, Chattanooga, Tenn.; step-granddaughter, Tiffany Lynn Powers Corcoran, McKinney, Texas; step-grandsons Richard Friant, Robert Friant, and John Friant, all of Chattanooga; and Edward Powers, Mendham, N.J. She attended Florida Southern College and was a lifetime member of Alpha Chi Omega national sorority. She graduated from the Orange Memorial Hospital school of nursing in Orlando, Fla., in 1947. She later received a B.S. in allied health from Holy Cross College and a school nurse practitioner degree from L.S.U. She worked as a school nurse in Jefferson Parish for five years at Grace King High School and another 26 years at various schools in Orleans Parish. She was active in the Louisiana School Nurses Organization and the National Association of School Nurses, which she served as Louisiana director and on the board of directors. She was actively involved in political efforts to promote and preserve school nurses for Louisiana students. She volunteered at Children’s Hospital and was a member of the Metairie Art Guild. She actively attended Jefferson United Methodist Church for 54 years until it was closed. After that, she attended Jefferson Presbyterian Church until she died. The family is grateful for the loving care given to Mrs. Coco for several years by Debra Dyson and Joanne Bardell of Visiting Angels, who treated her as if she were their mother. Because of the Covid pandemic, there will be no funeral services. A memorial service will be announced at a later date. Donations may be made in her memory to Jefferson Presbyterian Church. L.A. Muhleisen and Son Funeral Home is handling arrangements. To share memories or condolences, please visit www.muhleisen.com

The family of Maryann Catherine Crossley Coco created this Life Tributes page to make it easy to share your memories.