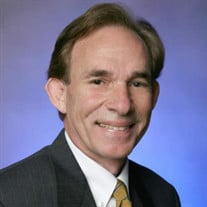 Louis Joseph Congemi, a cobbler, schoolteacher and 30-year elected official in Kenner and Jefferson Parish passed away peacefully on Friday, May 7, 2021. He was 72, born and reared in Hanson City (a part of Kenner) and a resident of Metairie. As a young man Louis fixed shoes in his father’s cobbler shop. He was educated at Kenner Junior High, East Jefferson High School and Loyola University in New Orleans. Following his graduation from Loyola, he taught school at T. H. Harris and Roosevelt Middle Schools. In 1986, Louis was elected to serve on the Kenner City Council and in 1996, he was elected Mayor of the City of Kenner and served for eight years as chief executive of Louisiana's fifth most populous city. While mayor he led expansions in Laketown and Rivertown, helped develop City Park in Kenner and had Kenner branded America's City. He was then elected to the Jefferson Parish Council's 4th District seat and served two terms. Louis, as Mayor and his brother Nick as Police Chief were one of the very few brothers ELECTED to office. They were dedicated to their beloved place of birth, Kenner, and true public servants. Beloved husband of Mildred Zorick Congemi. Loving father of Deborah Congemi Krause (Kevin) and Louis Joseph Congemi, Jr. Son of the late Mary Arnone Congemi and Sam Congemi. Brother of Josephine Schneider, Rose Mary C. Toby, Nick Congemi (Linda), Catherine C. Davis and Cynthia Foolkes. Also survived by nieces and nephews. Relatives and friends are invited to attend the Funeral. Visitation at the Pontchartrain Center, Williams Blvd. at the lake on Friday, May 14, 2021 from 12:00 noon until 3:00 p.m., followed by a Funeral Service at 3:00 p.m. Interment in Garden of Memories Cemetery. In lieu of flowers, please consider a donation in Louis’ name to St. Jude Children’s Hospital, 501 St. Jude Place, Memphis, TN 38105-9959 or www.stjude.org Arrangements by L. A. Muhleisen and Son Funeral Home. To share memories or condolences, please visit www.muhleisen.com

Louis Joseph Congemi, a cobbler, schoolteacher and 30-year elected official in Kenner and Jefferson Parish passed away peacefully on Friday, May 7, 2021. He was 72, born and reared in Hanson City (a part of Kenner) and a resident of Metairie. As... View Obituary & Service Information

The family of Louis Joseph Congemi created this Life Tributes page to make it easy to share your memories.