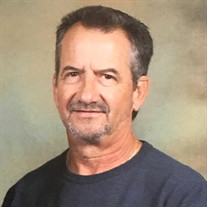 Keith Matthew Chiro, Sr. went to be with his Lord on Monday, December 25, 2017 at the age of 65 years old. Compassionate son of the late Matthew Joseph Chiro, Jr. and Marion Jeanne Alleno Chiro, grandson of the late Joseph Matthew Chiro, Theresa Neidhardt Chiro, and Jeanne Josephine Duffourc-Barrios, and nephew of the late Bobby Barrios. He is survived by the love of his life, Margaret “Maggie” Barr Chiro, who he was a devoted husband of 40 years. He is survived by his children, Kenneth Gerard Munch, Jr. (Melissa Jones Munch), and Keith Matthew Chiro, Jr. (Brittany Daniel), his grandchildren Kennedy A. Munch, Keith M. Chiro, III, Kaden G. Munch, and Mason J. Munch, and numerous nieces, nephews, cousins, and lifetime friend of the Giarrusso Family. Keith was born in New Orleans, Louisiana, but was a life-long resident of the City of Kenner. He graduated from East Jefferson High School in 1970, and earned his Bachelor’s degree from Southwestern Louisiana University. He briefly worked for the Jefferson Parish Sheriff’s Office and Avondale Shipyards, but in 1982 he followed in the footsteps of his father, and began working for the City of Kenner. In 1991, Keith was named the City of Kenner’s Director of Code Enforcement, a title which he held for more than 20 years. During his 28 year career at the City of Kenner, he held numerous titles such as code enforcement director, assistant director, interim director of public works on two occasions, operations manager of the city regulatory department and office manager. While at the City of Kenner, Keith played a key role in the city’s efforts to streamline the building regulatory process; conduct building code and zoning inspection sweeps in problem neighborhoods; initiate a revamp of city code of ordinances, merging them into the International Building Code, and his tireless work to help rebuild Kenner and its infrastructure after Hurricane Katrina in 2005. Those who worked with him said that when Keith Chiro was appointed office manager in the city regulatory department he set about the task of studying and learning Kenner’s voluminous building code and he eventually attained the ability to quote the building code from the memory the same way many religious scholars can quote the Bible by chapter and verse. He had the ability to recall property plats and their owners throughout Kenner, resolved enforcement disagreements in a manner that treated all involved fairly. He was a person who wanted to help solve problems that no one else seemed to know how. One of his greatest achievements as the Director of Code Enforcement was the completion of the Community Rating System for the flood insurance program. The system is used to set flood insurance rates for every community in the nation. He spent months learning the system, assembling documents for all Kenner properties that were made part of the city’s application for new flood insurance rates and supporting the data in meetings with the National Flood Insurance Program, which granted Kenner a change from Class 8 to Class 7, resulting in a savings in insurance premiums for Kenner property owners. Keith became a certified Flood Plain Manager and, in 2010 he was awarded a Certificate of Appreciation by the National Flood Insurance Program for his dedication, knowledge, and assistance to the people of Kenner. As head of Code Enforcement, Keith was also responsible for overseeing the city brake tag station, the animal control personnel, and issuance of occupational licenses. In addition to his dedication to his career, Keith treasured the time spent with his grandsons, whom were the apple of his eyes. He was a man of many talents, but he loved gourmet cooking for his family, taking out his boat and going fishing, gardening, skiing, and traveling to California, which was his second home. Keith was an extraordinary man that will be deeply missed by all those who had the honor of knowing him. Family and friends are invited to attend a Funeral Service at L.A. Muhleisen & Son Funeral Home on Saturday, December 30, 2017 at 1:00 p.m. All are welcome to attend a visitation from 9:30 a.m. to 1:00 p.m. before the Service commences. Inurnment in Greenwood Cemetery. In lieu of flowers, anyone wishing to do so is encouraged to make a donation to the American Diabetes Association and Louisiana SPCA in honor of Keith Matthew Chiro, Sr.

The family of Keith Matthew Chiro created this Life Tributes page to make it easy to share your memories.

Keith Matthew Chiro, Sr. went to be with his Lord on Monday,...