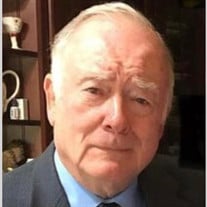 Howard Clayton Austin, Sr. passed away on Sunday, August 8, 2021 at the age of 81. He was a native of Ithaca, NY and a resident of Covington, LA. Howard proudly served his Country in the U. S. Marine Corps from 1957 to 1963. He was the owner... View Obituary & Service Information

The family of Howard Clayton Austin, Sr. created this Life Tributes page to make it easy to share your memories.