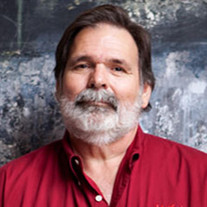 Gerard (Jerry) Christopher Amato Chef/Partner Jerry Amato, age 65, of Mother’s Restaurant joins a long list of culinary angels feeding the souls in heaven. He passed peacefully in his sleep from complications of cancer, following a lengthy illness. He is survived by his loving wife of 33 years , Brenda Ann Maher Amato, and three cherished fur babies, Woollybear, Sugarbear, and Marilyn. They were residents of River Ridge, Louisiana. Chef Amato was born in New Orleans in 1950. Jerry learned to cook at his family’s kitchen counter chopping vegetables with his late Mother and Father, Lucille Guiffria Amato and Jacob John Amato, Sr. His siblings helped out with the Italian family meals too, including Judge Nancy Amato Konrad, John Gerard Amato, the late Jacob John Amato Jr., Lydia Delores Amato, and James (Jimmy) Michael Amato. Jerry and his brother John acquired Mother’s Restaurant from the Landry Family in 1986 and continued to operate it as family business. Prior to that, he worked in various restaurants and hotels in the New Orleans area in food and beverage positions. He had attained Certified Executive Chef status through the American Culinary Federation, following preparation at the culinary arts program at Delgado Community College. Chef Amato took continuing education at the Culinary Institute of America. Jerry graduated in 1974 from the University of Southern Mississippi in Hattiesburg with a B.S. in Business, and from St. Paul’s School in Covington in 1968. In 1985, Chef Amato won the Jambalaya Cook-Off sponsored by the Rice Council of America at La Fête’s National Festival of Food and Cookery. He publicly credited his wife Brenda for growing the fresh herbs and Creole tomatoes that made the winning dish fragrant and fresh tasting. The Louisiana Restaurant Association named him Restaurateur of the Year in 2003. In 2002, he was awarded the Lindy Boggs Hunger Awareness Award by the local chapter of Bread for the World. Visitation Wednesday, March 16, 2016, from 6:00 – 9:00 p.m. at L. A. Muhleisen and Son, 2607 Williams Boulevard, Kenner. Visitation Thursday, March 17, 2016, from 10:00 a.m. - Noon at St. Rita Church, 7100 Jefferson Highway, Harahan. Mass to follow at Noon. Interment will be private. In lieu of flowers, please help support the education of the next generation of local chefs by donating to the Greater New Orleans Foundation, 1055 St. Charles Ave, New Orleans, LA 70130, designated for the Chef Jerry Amato Mother’s Restaurant Culinary Fund. Online: https://www.gnof.org/give-now/ All donors will receive an immediate tax donation for their gift.

The family of Gerard Christopher Amato created this Life Tributes page to make it easy to share your memories.