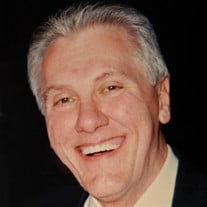 Marrero, LA - George E. Soniat duFossat, Jr., 71, died peacefully in his home on Wednesday, July 11 following a long term battle with cancer. Preceded in death by his parents, George E. and Mary (Bucher) Soniat duFossat; George leaves his adoring wife of 46 years, Wendy (Ormel) Soniat duFossat; his sons Craig Soniat duFossat (Liz, grandson, Oliver), Chris Soniat duFossat; sister, Leslie Blanchard (Jeff); sisters-in-law Anita Kivell (Edwin), Shelley Ormel Stone (Lori); many loving nieces and nephews, and beloved pets. George proudly served his country as a Sergeant in the Marines, fighting bravely in the Vietnam war. Later, George and Wendy made a life in Mobile, AL where George worked for Hiller Investments until retirement. During his time in Mobile, George not only took pride in his work but truly relished the family he adored and the life long friendships he developed. With his kids grown and living across the country, George and Wendy moved back to New Orleans to be closer to extended family, where he was always a rock and shoulder to lean on in times of need. His devotion to family and friends will be a lasting legacy to his name. Those wishing to pay respect to George and his family may do so on Wednesday, July 17, 2019 from 5-7pm at L.A. Muhleisen and Son Funeral Home, 2607 Williams Blvd, Kenner, LA, 70062. A short service beginning at 7pm will follow.

The family of George E. Soniat duFossat Jr. created this Life Tributes page to make it easy to share your memories.