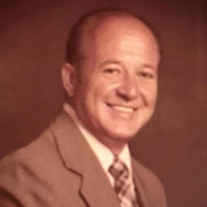 George Alfonso Aldrete, 1931-2021, passed away at home on June 19, 2021. He was a native of Del Rio, Texas and a life long resident of Kenner, Louisiana. He was the tenth child of eleven born to Felipe and Dolores Aldrete. He enlisted into the United States Air Force in 1950, rank of Technical Sergeant, received “Good Conduct” medals in January 1951 and January 1954, was Honorably Discharged December 16,1954. He went on to Louisiana State University 1954 - 1958 to pursue his degree in Mechanical Engineering and a Minor degree in Civil Engineering. Upon graduation, he joined the workforce with U.S. Army Corps of Engineers till 1977 when he decided to pursue a dream and started his own business in 1978 -- Aldrete & Son’s Shoring Co., Inc, where he worked until his death. He was a lifelong member of Westgate Country Club where he served on the board for many years. He believed in family, felt very proud to have served his country, was strong in his Catholic faith, and he loved his LSU Tigers (GEAUX TIGERS!) He is survived by his 7 children: Carol A. (Lott) Cutrer, Georgi “Gigi” A. Aldrete, Cecilia “Chila” A. (Steve) Meyers, George “Geo” A. (Lisa) Aldrete II, Gina A. (Larry) Henley, Cristobal “Cris” A. Aldrete, and Camille A. (Michael) King. Also, his 14 Grandchildren: Cherie Busby, Lauren Summers, Adrian Rost, Camille Brockett, Erica Triche, Eric Rost, Christopher Aldrete, Brad Aldrete, Erin Rost, Jonni Joe Aldrete, Melisa Aldrete, Georgette Aldrete, Casey Henley, and Logan Henley and 18 Great Grandchildren. Also survived by his 2 sisters; Flavia A. Figueroa and Mary Lydia A. Soltez and many nieces and nephews. He was preceded in death by his wife of 63 years, Carol B. Aldrete. Also preceding him are his parents Felipe and Dolores Aldrete and 8 of his siblings, Esperanza (Hope) Zertuche, Enriquete (Henrietta) Barrera, Odilia Gonzales, Heriberto (Herbert) Aldrete, Felipe (Phil) Aldrete, Cristobal (Cris) Aldrete, Cecilia Najera, and Dolores (Dee) Spring. In keeping with his wishes, no funeral services will be held. He will be laid to rest by L.A. Muhleisen & Son Funeral Home - Kenner, LA. He would not want anyone to mourn his loss but to celebrate his life. Please keep his family in your prayers. To share memories or condolences, please visit www.muhleisen.com

George Alfonso Aldrete, 1931-2021, passed away at home on June 19, 2021. He was a native of Del Rio, Texas and a life long resident of Kenner, Louisiana. He was the tenth child of eleven born to Felipe and Dolores Aldrete. He enlisted into... View Obituary & Service Information

The family of George Alfonso Aldrete created this Life Tributes page to make it easy to share your memories.