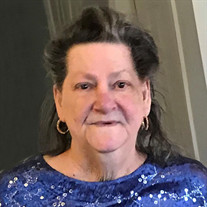 Frances Josephine Taranto Clark passed away on Wednesday, July 11, 2018. She was a native of New Orleans and a resident of Kenner for the past 47 years. Preceded in death by her parents, Joseph John Taranto, Sr. and Frances Uhlich Taranto... View Obituary & Service Information

The family of Frances Josephine Taranto Clark created this Life Tributes page to make it easy to share your memories.