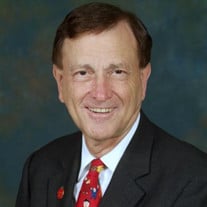 Eugene “Gene” Katsanis, owner of ekat Advertising and Public Relations firm and 16-year Jefferson Parish School Board member, who represented Kenner, passed away peacefully on Wednesday, December 22, 2021, at the age of 80. He was a native of New Orleans, but resided in Kenner for 54 years. As a young man, Gene graduated in the F.T. Nicholls Class of 1959, assisted with the past reunions, and still continued to lunch with his fellow graduates monthly. He earned his bachelor’s degree in journalism and public relations from Loyola University in 1964. Gene served in the U.S. Army and was honorably discharged as a 1st Lieutenant in July 1973. Gene always had a heart for his community and worked hard to represent the children and teachers alike, on the Jefferson Parish School Board and in his many community activities. Even after his school board term expired, he continued to serve public education in many capacities. He was a founding member of the Kenner North Kiwanis and served the community in a variety of programs most recently leading the Park-A-Boo event. He served as president of the Kiwanis several times and was the current 2021-22 president. Gene also served as Key Club Advisor to the Haynes Key Club, was a member of the Kenner Lions Club and Knights of Columbus at Nativity of Our Lord, as well as too many other activities to mention. He was a parishioner of the Divine Mercy Catholic Church for many years and a faithful adorer in the Divine Mercy Adoration Chapel. Gene was the beloved husband of Janet Lambert Katsanis. Loving father of Marc Steven Katsanis (Erica), Kristi Katsanis McKinney (Sean), and Candace Katsanis Franzo (Rick). Cherished Grandfather of Kyle McKinney (Lisa), Gracie Franzo, Lachlan McKinney, Cailyn Franzo, Emma Franzo, Liam McKinney and Hanna McKinney. Son of the late George Eugene Katsanis Jr. and Marie Fried Katsanis. Brother of Carol Katsanis Varnado and Kathleen Katsanis. Also survived by sister and brother-in-law Diane and Gary Rochelle, nephews Joey and Jared Rochelle, nephew Rodney Varnado, nephew Steven Carter, niece Stacey Carter, and many great nieces and nephews. Relatives and friends are invited to attend the Funeral Service at Divine Mercy Catholic Church, 4337 Sal Lentini Pkwy., Kenner on Wednesday, December 29, 2021. Visitation will be held in church from 10:00 a.m. to 1:00 p.m. with the Funeral Mass to immediately follow at 1:00 p.m. Interment in Jefferson Memorial Gardens Cemetery, St. Rose, LA. Arrangements by L. A. Muhleisen & Son Funeral Home. To share memories or condolences, please visit www.muhleisen.com

Eugene &#8220;Gene&#8221; Katsanis, owner of ekat Advertising and Public Relations firm and 16-year Jefferson Parish School Board member, who represented Kenner, passed away peacefully on Wednesday, December 22, 2021, at the age of 80. He was... View Obituary & Service Information

The family of Eugene "Gene" Katsanis created this Life Tributes page to make it easy to share your memories.