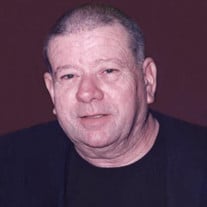 Donald Louis Chanove, also known as “Ducky”, entered into eternal peace on Tuesday July 28th, 2020 at the age of 76. He was born in New Orleans on July 21, 1944 to Milton Chanove, Sr. and Agnes Hamon Chanove. He was a resident of Kenner for the past 30 years. In 1971 while working for the City of New Orleans Streets Department he met Margaret Volk. Their love story began. She became the love of his life. On August 10, 1974 he married the love of his life and together they had a daughter, Dawn Melissa. Having his daughter was one of the greatest joys of his life. He was a phenomenal and fun dad. From paddle boating at City Park in the pouring rain to “catch the ducks” to finding his young daughter sitting on the floor in K&B trying on nail polishes, he was always up for anything. The love that he had for his family was embedded into his daughter and her love for animals. That animal fascination started when he brought home a mutt name Stinky from the Shell station who was in desperate need of doggy orthodontic treatment. This was the first of numerous animals in the house including more dogs, cats, birds, fish and turtles. He took great pride watching his daughter graduate from LSU. In 2004 he gained the greatest son-in-law a father could ask for. Walking his daughter down the aisle was an experience that we all will treasure. He gave his daughter to a man that bestowed all the traits that he had as a husband and father. In 2008, he became a grandfather to a beautiful baby girl, Emily Grace. This started his role as Paw-Paw. In 2011 he was blessed again with another granddaughter, Ashlyn Rose. His granddaughters were everything to him. He would always have their favorite breakfast, McDonald’s pancakes and sausage, waiting for them when they woke up from spending the night. They loved showing him how to use his IPAD and I-Phone. He also loved making popcorn and hot chocolate for them. He always hugged them and told them goodnight when they slept over. He had quite an extensive collection of pens and pencils that even Office Depot would be jealous of. The girls loved to go “shopping” in his stash especially for school supplies. He loved collecting Bibles and keeping score of baseball games, especially the Cubbies. Another of his favorite things to do was win at Monopoly EVERY SINGLE TIME against his daughter. He will always be the Monopoly champ. He was a hardworking, loyal employee. After working for the City of New Orleans, he worked for Schwegmann’s for 30 years and then worked for Walmart for an additional 20 years. His dedication to his employers shows what a true hardworking, loyal individual he was. The most important part of his life was spending it with his wife Margaret for the next 45 years. He was a loving husband. Their marriage is what every marriage show be. She talked and he listened! They were a perfect match. He would do anything for her including going on a cruise in the Caribbean with Hurricane Ivan in the Caribbean at the exact same time. That is true love. For 45 years they had true love for each other that will continue into eternity. Although he might not be here physically, he will always be in her heart and will always be her “hun”. He was truly a selfless man who always helped others. He would always volunteer to take his in-laws (Lloyd and Louise) to doctor appointments and grocery runs. He was the best husband, dad, Paw-Paw and father-in-law in the world. He will forever be in our hearts. He is survived by his beloved wife of 45 years Margaret, daughter Dawn Chanove Rachal (Christopher), two granddaughters Emily Grace and Ashlyn Rose, brother Milton Jr., and his fur baby cat Greycie. He was preceded in death by his parents, his brother Melvin and his sister Melda. The Chanove and Rachal families wish to express their sincere gratitude to the entire Ochsner New Orleans 3rd floor cardiology team, ICU team and chaplains for the care of Donald and his family. We would also like to express our sincere thanks to Shanel with Family Home Health for her care. A very heartfelt thank you to all of Margaret and Dawn’s wonderful neighbors, friends and family that have been there for them during this time of grief. We all truly appreciate your love and compassion. Say not in grief: “He is no more but live in thankfulness that he was”. A private service will be held. To share memories or condolences, please visit www.muhleisen.com

The family of Donald Louis Chanove created this Life Tributes page to make it easy to share your memories.