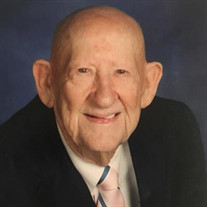 On September 19, 2018, Charles Spurgeon “Spud” Craig, passed away peacefully at the age of 86 in New Orleans, La. surrounded by family. Charles was born on October 18, 1931 in Durham, N.C. He was the second youngest of 10 children born to John Thompson Craig and Irene Mamie Christian Craig. He married Joyce Tillman, also of Durham, on September 3, 1955, and has two daughters. Charles was an avid sportsman his entire life; basketball and baseball in his younger years, tennis, golf and fishing in his later years. Of all the sports he played, baseball was his absolute favorite. Before graduating from North Carolina State University in 1960, where he would earn a degree in civil engineering, Charles played Double-A baseball on a team affiliated with the Chicago Cubs, he was a catcher. He never outgrew his love of baseball and in recent years, you would rarely find him without his bright red “Cubbies” hat on. After baseball, Charles enjoyed a long and rewarding career as a civil engineer. In the early years, his career took him to many different places both stateside and abroad. He loved telling stories of his family’s time in Wyoming, Alaska, Greece, England and The Virgin Islands and always felt extremely appreciative of his travels. In 1972, his career brought him to New Orleans where he happily resided for the next 46 years. He was employed by the Port of New Orleans for 37 years and retired in 2010. Charles had an endearing personality marked by a playful spirit and unpredictable sense of humor. He also had a generous and humble heart, with a touch of stubbornness thrown in…all of which will be greatly missed by his family and friends. Charles leaves behind his daughters Karen Craig (Kenny Ensminger) and Laura Sanchez (Henry), grandson Brandon Craig, granddaughter Haley Rupp, brother Roger Craig (Carolyn) and numerous nieces and nephews. He was preceded in death by his wife, Joyce Craig, parents, John and Irene Craig, his brothers, J.T. Craig, Jr., Wilson Craig, Richard Craig, Marvin Craig and sisters, Miriam King, Sybil Swett, Irene Richmond and Catherine Hendrix. Charles will be laid to rest with a visitation and graveside service held on Tuesday, September 25, 2018 in his hometown of Durham, N.C. Instead of flowers, the family asks that a donation be made in Charles’ memory to a hospice organization or charity of your choice.

The family of Charles Spurgeon "Spud" Craig created this Life Tributes page to make it easy to share your memories.